Is pepper spray legal in the UK 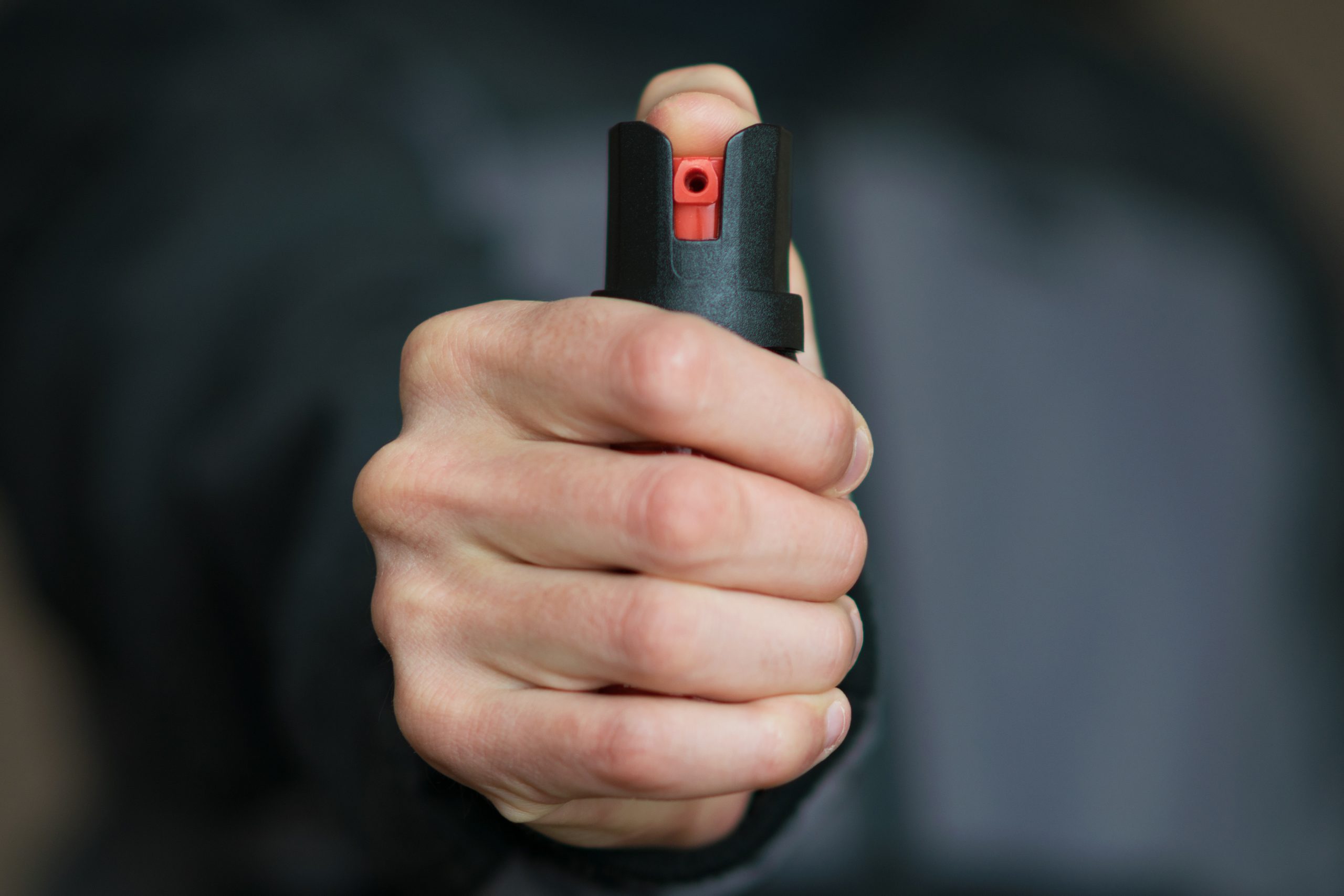 Pepper spray is an effective deterrent used by police and security forces across the world to stop criminals. But is pepper spray legal in the UK? The answer is no. Pepper spray is classed as a firearm in the UK and can land you in serious trouble if you’re caught owning, carrying, or using it.

This article explains the best personal safety alternatives to use in the UK, what pepper spray is and the legal reasons why you shouldn’t use it. While you may not be able to carry pepper spray, several low-cost alternatives can help you feel safer outside.

What is pepper spray?

Pepper spray is pretty much as it sounds. A compound called oleoresin capsaicin is inside a pressurised container that causes burning, pain, and tears if sprayed into the eyes.

If you’ve ever chopped chilli and then rubbed your eyes, you’ll have an idea of the pain chilli peppers can cause you. Imagine that times 1,000, and you’re close to the pain you’ll feel from being hit with a jet of pepper spray.

Pepper spray is measured in Scoville heat units (SHU). A typical jalapeno measured 2,500 SHUs. A pepper spray used by police forces can be as strong as two million SHUs – all delivered through an aerosol spray.

The good news (if there is any) is that the effects of pepper spray are short-lasting, and almost everyone makes a full recovery in a few hours.

Pepper sprays are used in the USA and several other countries but not in the UK. Instead, UK police forces carry PAVA spray called CapTor, which is more effective than pepper spray.

Can you carry pepper spray in the UK?

It’s currently illegal for a member of the public to carry pepper spray in the UK. Pepper spray is classed as a firearm under the Firearms Act 1968. That means you should never buy, carry, or use it.

What happens if you don’t follow the rules? You could face up to 10 years in custody.

Pepper sprays are dangerous. Police officers undergo training to ensure they can use incapacitant sprays safely without impacting others.

While you can find pepper spray alternatives online that say they’re 100% legal to buy and use. But how can you be sure? There are no guarantees that the products you buy online are safe and legal to carry and use.

If you can’t be sure, you’re running a massive risk to yourself and others that could land you serious trouble.

So, what can you do to stay safe?

Pepper spray is cheap, easy to carry, and operate – but as we have detailed, it is illegal to carry and use. The good news is that there are several pepper spray alternatives for personal safety.

Get serious about security.

Whatever our age and ability, we should all be serious about our personal security. While carrying pepper spray among ordinary citizens is banned, as we’ve explained, there are several alternative devices to ward off a potential attack. While we hope you never need to use them, personal attack devices provide protection and confidence that can ensure you get home safe and sound every night.

This is a demo store for testing purposes — no orders shall be fulfilled. Dismiss